This is a beautiful Zen Koan I often share with my students:

“The Zen master Hakuin was praised by his neighbours as one living a pure life. A beautiful Japanese girl whose parents owned a food store lived near him. Suddenly, without any warning, her parents discovered she was with child. This made her parents angry. She would not confess who the man was, but after much harassment at last named Hakuin. In great anger the parent went to the master.
“Is that so?” was all he would say.

After the child was born it was brought to Hakuin. By this time he had lost his reputation, which did not trouble him, but he took very good care of the child. He obtained milk from his neighbours and everything else he needed.

A year later the girl-mother could stand it no longer. She told her parents the truth – the real father of the child was a young man who worked in the fishmarket.
The mother and father of the girl at once went to Hakuin to ask forgiveness, to apologize at length, and to get the child back.
Hakuin was willing.
In yielding the child, all he said was: “Is that so?” 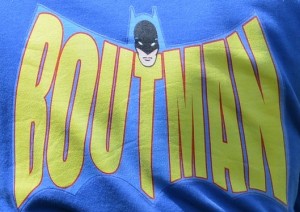 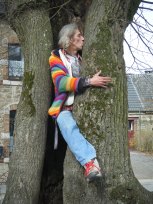 Enclosed I roam from star to star, I travel endlessly, I whisper and my breath unfolds behind me as a vale, a shooting star, a comet on its way and growing, growing with each lightyear passing by, O yes, there is much pleasure in this roaming , it is creation of a Master Plan and still this roaming is continuing, and when from time to time I reach the boundaries of my confinement, I feel a sudden shiver, as if some unseen hand is there to push me back, or could it be the vale behind that keeps on coming back, I wonder. So here I am, inside and out, no matter how the journey goes, there always will be worlds to enter and others then to leave behind, the roaming will continue , on and on, no ending, no beginning, so is the roaming in the Womb of Being, the cavern of His Master’s Plan.

Listen To The Music